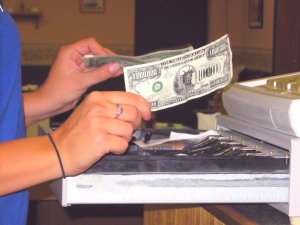 I’m looking at the life of Cain and how he speaks to our modern worship of God. In my last post we saw that he loved God and brought Him an offering. Unfortunately, God didn’t accept the offering.

…but on Cain and his offering he did not look with favor. So Cain was very angry, and his face was downcast.
Genesis 4:5

As a result, Cain’s emotions were stirred up and he became upset. But do we really understand him or what he was going through?

Then the Lord said to Cain, “Why are you angry? Why is your face downcast? If you do what is right, will you not be accepted? But if you do not do what is right, sin is crouching at your door; it desires to have you, but you must master it.”
Genesis 4:6-7

I believe that these verses are the key to understanding Cain. I see some things that are happening here that sometimes get overlooked because we’re so familiar with the story.

First, I see that God loved Cain. The Lord wanted the best for him. I see it by the way God talks to Cain. God speaks to him as a father would speak to a son.

I also see that Cain had a great deal of respect for God. He didn’t have an angry outburst or talk back to Him. I think that speaks volumes especially since some of the Old Testament prophets – Moses and Elijah, just to name a couple – talked back to God in their anger.

The fact is that in all our dealings with God, He knows what’s in our hearts. There’s no way around that. It was the same in this encounter with Cain. God spoke to the real issue.

God told Cain that if you do right, you’ll be accepted – which literally means promoted or exalted. So what was Cain really looking for? He wanted acceptance from God.

That surprised me more than anything. Cain’s goal was a relationship with God.

Even more than that – Cain talked with God, and God talked with him. They had conversations together. Think about it. Wouldn’t you want a relationship like this with God?

I came to the conclusion that Cain was a great guy! If he showed up at our church, we would love him. He would worship and sing right along with us. He would look and act no different than anyone else attending our service. And that’s what concerns me.

It’s also why Cain was so upset. He wanted to show his love to God through an offering, yet it wasn’t accepted. In effect God was saying, “I love you, Cain, but I cannot accept your offering.”

But God’s statement implies something else. Cain knew the right way to bring an acceptable offering to God. Because if there’s an offering God doesn’t accept – then there must be one that He does accept.

In my next post I’ll talk about exactly why Cain’s offering wasn’t accepted. We’ll need to understand it if we’re going to keep off of his path.

Question: Have you ever been upset at God for something?

Posted by Revzacc on March 16, 2016 in Spiritual Walk, The Church, Worship

Clarity – The Result of Worship

This is my final post about the atmosphere of worship surrounding the throne of God in Revelation, chapter 4. I’ve been looking at the gemstones mentioned there.

Also before the throne there was what looked like a sea of glass, clear as crystal.
Revelation 4:6a

This one is a little different than the other gems we looked at. The first three conditions were what brought us to the place of worship. This atmosphere comes from, is created by, our time of worship.

When the word crystal is used we need to understand that it’s a catch-all term for any clear stones. Crystals can be anything from quartz to diamonds. They do have something in common – they’re all clear stones.

Worship brings about an atmosphere of clarity. There’s something about worship that helps you to see clearly.

The reason why is pretty simple. It’s because of who’s there with you in that place.

Before the throne, seven lamps were blazing. These are the seven spirits of God.
Revelation 4:5b

The original language of this verse says that this is the seven-fold Spirit of God. That’s who you’re spending time with as you worship. Why is the Holy Spirit referred to as the Seven-fold Spirit? I believe that Isaiah was given the answer to this question.

It’s clear that these are the seven aspects of the Holy Spirit’s work in the church. This is how He reveals Himself. Getting to know the Holy Spirit in this light is what worship is all about.

When we spend quality time with the Holy Spirit, we’re with the Author of wisdom, understanding, counsel, and knowledge. Things become clear in His presence. The clouds lift and we start to see our lives and the world around us through the Lord’s eyes.

The problem is that if we don’t maintain this relationship, we start to forget what we’ve seen through Him. Our spiritual vision starts to get hazy.

This is probably why there’s not a lot of deep, intimate worship happening these days. Like any relationship it requires time and commitment. You have to press in to it. The good news is that the rewards are worth the investment.

Over the last few posts we’ve seen that the atmosphere around true worship consists of praise, ownership, holiness, and spiritual clarity. We get into trouble when we only want to cultivate a couple of them. We need them all operating in and through us.

Don’t miss the blessings of God’s Holy Spirit working through you. Create the atmosphere for true worship. Let the presence of God permeate your life.

Question: How has the worship of God changed your life?

Holiness – The Pull of Worship 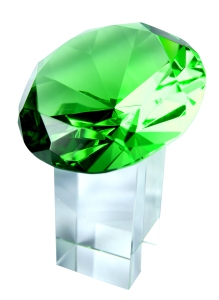 I’m currently posting about the atmosphere surrounding the true worship of God. I’m using the gems mentioned in Revelation, chapter 4, as a starting point. I’ve already talked about praise and the principle of ownership.

And the one who sat there had the appearance of jasper and carnelian. A rainbow, resembling an emerald, encircled the throne.
Revelation 4:3

The next gemstone that I want to talk about is the emerald. Emeralds are in the beryl family. Because chromium is in their composition, they have a green color.

Many nations have used this gem for their crown jewels. It’s considered by many cultures a “Holy Gem.” The emperor Nero had glasses made of it to watch the gladiator games. Aristotle said that owning an emerald made you important simply because you possessed it.

When I think about all of these aspects, I can understand this emerald glow around the throne of God. When I come into the Lord’s presence I can see things as they truly are.

I came to God as a worthless nobody in my sight, now because of His grace, I’m important to Him. He wants me in His kingdom. The Lord looks the same way at you. We are all precious to Him.

True worship springs from this attitude of holiness. When I understand that I’m set apart for God, for His good pleasure, it’s easier to worship.

You need to understand that in Christ you’re not like everyone else in the world. You’ve been born again into the family of God. You’re a joint-heir with Christ Jesus. You have a calling and a destiny that’s greater than you can imagine.

Worship the Lord in the splendor of his holiness; tremble before him, all the earth.
Psalms 96:9

Throughout the Bible worship and holiness are linked together. One flows from the other. It’s even found in the New Testament.

Therefore, I urge you, brothers, in view of God’s mercy, to offer your bodies as living sacrifices, holy and pleasing to God — this is your spiritual act of worship.
Romans 12:1

This is true worship. It’s birthed in the atmosphere where you see your whole being as set apart for His purposes. When you’re in that place, worship can flow freely. That’s because you realize just how much you mean to the Lord. You’re free to be intimate in His presence.

As God’s people we need to cultivate this attitude of holiness. It will truly usher us into the matchless presence of our loving Father.

Question: How do our attitudes about holiness affect our worship of God?

Ownership – The Foundation of Worship 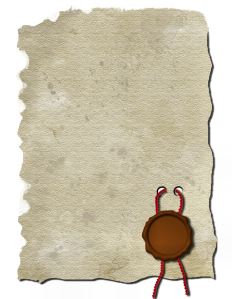 I’m posting about the atmosphere surrounding the true worship of God. I’m looking at the worship scene around God’s throne as an example to us. Specifically – the gems talked about in Revelation, chapter 4.

And the one who sat there had the appearance of jasper and carnelian. A rainbow, resembling an emerald, encircled the throne.
Revelation 4:3

In my last post I talked about jasper stones. The second mentioned is carnelian. This stone is a silicate with iron-oxide mixed in. That gives it the color of orange to a deep blood-like red.

One of the most important properties of carnelian is that hot wax will not stick to it. Because of this the ancient Romans made their signet or sealing rings from it.

When important scrolls or letters were written, hot wax was dripped on it to seal it. While the wax was still soft, the owner would make an impression in it using this ring. Only the one with the proper authority could then open the letter – usually under the penalty of death for unauthorized breaking of the seal.

Now it is God who makes both us and you stand firm in Christ. He anointed us, set his seal of ownership on us, and put his Spirit in our hearts as a deposit, guaranteeing what is to come.
2 Corinthians 1:21-22

The Bible is clear – we were bought at a price. The price was the precious blood of Christ. That’s why it’s so meaningful that the carnelian can be a blood red stone.

Knowing that I belong to Christ makes it easier for me to worship Him. When I’m under the impression that I own myself, worship then becomes optional. I worship the Lord when and if I feel like it.

When Satan tested Christ in the wilderness, at one point he showed the Lord all the kingdoms of the world. The devil then said that he would give it all to Christ free and clear if He bowed down and worshipped him. That would have been an easy way out. Jesus would never have had to go to the cross and suffer.

What was the Lord’s response?

Jesus said to him, “Away from me, Satan! For it is written: ‘Worship the Lord your God, and serve him only.’”
Matthew 4:10

It’s clear from Scripture that worship and service go hand in hand. Unfortunately, many believers worship themselves. I need to come to grips with the understanding that I’m not my own. I’m here at Christ’s good pleasure. That will lead me to worship the Lord in spirit and in truth.

Question: How does your life show that it’s owned by Christ?