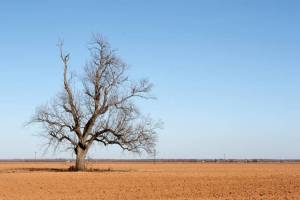 “God wants us to enjoy ourselves.  Why should I deny myself if it makes me happy?”  As a pastor, I’ve heard this question many times.  It’s the same question that worldly believers have been asking since the start of the church.

Paul had to deal with it in the church at Corinth.  This is how they worded it…

“Food for the stomach and the stomach for food” – but God will destroy them both.  The body is not meant for sexual immorality, but for the Lord, and the Lord for the body.
1 Corinthians 6:13

“The stomach was made for food, so give it all it wants.”

“Our sexual organs were intended for pleasure, so don’t deny yourself.”

The problem with this type of thinking is that our bodies were not made to take part in sinful activities.  Even though you may get a momentary “high”, God didn’t create our bodies for drunkenness, immorality, or gluttony.

We live in a society that constantly preaches that if it feels good, then do it.  As long as you’re not hurting anybody, go for everything you want from life.

The problem is that there are many things that are not evil, and they make you feel good.  Yet, if they’re not a part of God’s plan for your life, they’re sinful.  We have to be careful not to chase after things that will rob our spiritual vitality.

Paul uses sexual immorality for his example but it can be applied to anything that we use to replace God’s will.

By his power God raised the Lord from the dead, and he will raise us also.  Do you not know that your bodies are members of Christ himself?  Shall I then take the members of Christ and unite them with a prostitute?  Never!  Do you not know that he who unites himself with a prostitute is one with her in body?  For it is said, “The two will become one flesh.”  But he who unites himself with the Lord is one with him in spirit.  Flee from sexual immorality.  All other sins a man commits are outside his body, but he who sins sexually sins against his own body.
1 Corinthians 6:14-18

Your response to this might be, “But I’m not involved in immorality.  This doesn’t apply to me.”

I beg to differ.  If you’re pursuing anything the world is offering you, at the expense of your spiritual walk, then you’re in this position.

Listen to how James describes it.

You adulterous people, don’t you know that friendship with the world is hatred toward God?  Anyone who chooses to be a friend of the world becomes an enemy of God.
James 4:4

Because the Holy Spirit lives in us, we’ve become one with Him.  When we chase other love interests, we grieve Him.

Are we pursuing our callings in Christ to the extent that the Lord wants us to?  If not, we need to take a long hard look at our lifestyles.  Then, by the power of the Spirit, we must make the changes that will bring us back on course.

Question: How does your lifestyle show that your life is united with Christ?

Posted by Revzacc on March 20, 2019 in Legalism, Revival, Spiritual Walk