Power and Authority – The Difference 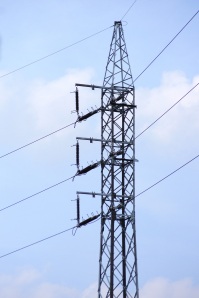 A few months ago, I talked at length about the power of God that’s working in us.  In that discussion we saw that true power is the ability to produce change.  It should be obvious that the power of God changes everything that it touches.

At some point, we also talked about the two components of power – love and a saved mind.  In that regard, faith is the fuel that energizes our love to action.  This is the nature of the power of God working in our lives.  It should be our goal to act just the opposite of those who “have a form of godliness but deny its power.”

Over the next few posts I want to continue to look at the power of God and how it parallels natural electric power.  One of the things that we know about electricity is that it can come in two different forms.  We know them as Alternating Current (AC) and Direct Current (DC).

The fact is that both are useful.  As a matter of fact, I can use both of these forms of electricity to power my portable DVD player.

I can choose to use the DC batteries or plug the AC adapter into the wall plug.  Which is better?  Think about that and we’ll talk more about it in a later post.  You will probably be surprised at how closely the answer to this simple question relates to Christians today.

In talking about spiritual power, Jesus said the following to His disciples…

“I have given you authority to trample on snakes and scorpions and to overcome all the power of the enemy; nothing will harm you.”
Luke 10:19

We need to learn that authority goes hand in hand with power.  I haven’t talked about the concept of authority yet, so we need an understanding of how it fits into the whole picture.  While power is the ability to produce change, authority is the permission to use power.  In the natural realm the Electric Company gives you the authority to use electricity in your home or you will have no power.

Then Jesus came to them and said, “All authority in heaven and on earth has been given to me.”
Matthew 28:18

Jesus said that He had been given permission to use all power in Heaven and on earth.  It is a blessing to know that He has given some of this power to us.  According to the Lord, our power is effective over all the power of the enemy.  Now that’s good news, that our power is greater than Satan’s kingdom.

There is no reason for me to fear, because God’s power is operating in me.

Question: How should the above knowledge affect our walk with God?

Get Rid of Powerlessness Once and for All 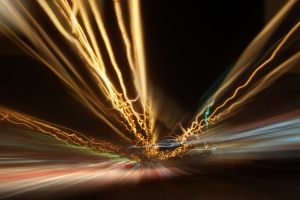 For a few posts I’ve been talking about the nature of spiritual power.  I’ve been using the example of electrical power to explain these truths.  We have seen that love is our spiritual “voltage”, while a saved mind is spiritual “current”.  In this final post of the series, I’ll talk about the importance of a saved mind.

From that time on Jesus began to explain to his disciples that he must go to Jerusalem and suffer many things…and that he must be killed and on the third day be raised to life.
Peter took him aside and began to rebuke him.  “Never, Lord!” he said.  “This shall never happen to you!”
Jesus turned and said to Peter, “Get behind me, Satan!  You are a stumbling block to me; you do not have in mind the things of God, but the things of men.”
Matthew 16:21-23

Peter was acting on the principles of an unsaved mind.  This actually caused Peter to rebuke and contradict Jesus.

We can end up in that same state if we don’t allow our minds to be saved and renewed by the Word.  We must always check to see what principles we’re acting on.  Are they the truth of God’s Word, or the principles of the world system?

Don’t get into the position where you contradict the Word of God, because you’re acting out your own human wisdom.

“The one who received the seed that fell among the thorns is the man who hears the word, but the worries of this life and the deceitfulness of wealth choke it, making it unfruitful.”
Matthew 13:22

This verse shows the result of an unsaved mind.  Your actions will be based upon worries, the desire for riches and pleasures, rather than the will of God.  A mind choked by the cares of this world is unfruitful, even if we’re hearing the Word of God.

Unfruitful means that the Word does not produce any change in our lives.  If change is not being produced, then that, by definition, is powerlessness.

If anyone thinks he is something when he is nothing, he deceives himself.  Each one should test his own actions.  Then he can take pride in himself, without comparing himself to somebody else…
Galatians 6:3-4a

If you find yourself in this state of powerlessness, don’t add the condition of self-deception to it.  Take stock of your life.  Do you see the marks of the power of God or not?  Is there room for improvement?  If so, then allow the working of the Holy Spirit to move you into a closer walk with the Lord.

Don’t be satisfied with the same old mediocre walk that most of Christianity calls normal in this generation.  Break free from that mold and seek the power of God to flow freely through your life.  It all depends upon your attitude and your willingness to humble yourself before a holy God who already knows your condition.

Question: Do you desire the power of God in your life?  What’s your next step to walking in it?

The Secret of Knowing God’s Will

I’ve been posting about the power of God at work in us.  This is the power that changes us and others.  We saw that the first component of the Holy Spirit’s power in us is love.  It’s this love of Christ that provides the spiritual pressure that propels us forward.

We started by looking at Paul’s view of this power.

For God did not give us a spirit of timidity, but a spirit of power, of love and of self-discipline.
2 Timothy 1:7

The second component of power is described here as self-discipline.  Actually the word translated self-discipline is literally a saved mind in the Greek.  I believe that the two components of power in the Word of God are love and a saved mind.  If we follow this through we find that the rest of Scripture confirms this.

Remember what I said about electrical power.  The two parts were voltage and current.  How does electrical current relate to the truth of a saved mind?  Physically speaking, current is electrical movement.  Current is how fast the electrons are moving through the wires.  In the verse we read from Second Timothy, Paul said that the components of spiritual power were love and a saved mind.  Just how important is it to possess a “saved mind?”

Do not conform any longer to the pattern of this world, but be transformed by the renewing of your mind.  Then you will be able to test and approve what God’s will is – his good, pleasing and perfect will.
Romans 12:2

Without a saved mind, a mind that has been washed and renewed by the Word of God, we will never grasp what God’s will is for our lives.  The problem is that most modern Christians don’t place a priority upon renewing their minds.  We want to think and act the way the world does.

This makes for a very interesting dilemma.  Most Christians seem to want to know God’s will for their lives.  Yet, we don’t prepare our minds to receive it.  According to this verse the only way to know God’s will, is to renew your mind.

This was evident in the ministry of Christ.

“For I have come down from heaven not to do my will but to do the will of him who sent me.”
John 6:38

In natural terms, electrical current is the movement of electricity in the lines.  Power requires movement or action.  Jesus was able to move and act because His mind was attuned to God’s will.  It’s clear from Scripture and the life of Christ that a saved mind is spiritual current because it produces action.  We know from the Word of God that “faith without works [action] is dead.” (James 2:17)  A saved mind is a mind that is full of faith THAT ACTS upon that faith.

Question: Is renewing your mind a priority in your walk with Christ?  What do you do to accomplish this?