Tag Archives: salt of the earth 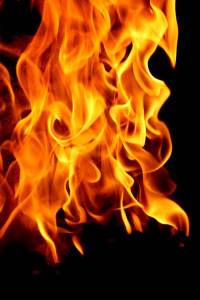 We have been looking at the Gospel of Mark.  Jesus is teaching His disciples how we need to treat each other in the body of Christ.  As the leadership of the church, they needed to understand these principles.

The Lord continues in this context.

“Everyone will be salted with fire.  Salt is good, but if it loses its saltiness, how can you make it salty again?  Have salt in yourselves, and be at peace with each other.”
Mark 9:49-50

As a part of the Jewish people, there were some things that the disciples understood about this.  First of all, salt was representative of their covenant with God.  Even today in cultures where covenants are used, close friends will say, “We have salt between us.”

This is what God says about the share of the offerings belonging to the Levites.

“Whatever is set aside from the holy offerings the Israelites present to the Lord I give to you and your sons and daughters as your regular share.  It is an everlasting covenant of salt before the Lord for both you and your offspring.”
Numbers 18:19

But a question that many have is; how can salt lose its saltiness?  It doesn’t in our culture because of the purity.  Back in ancient Israel there was always a small amount of sand that couldn’t be removed.  So if the salt got wet, the real salt would melt out with the water, leaving only sand.

Nobody wants to put sand on their food.  Of course, that’s why we leave a bad taste in the mouth of the world if we water down the Gospel.

There is, however, a deeper truth here than salt merely being used as a spice or a preservative.  We’re talking about covenant and how we treat each other.

Jesus was not just talking about salt.  He spoke of salt and fire.  This was something else that a devout Jew would understand.

Then the Lord said to Moses, “Take fragrant spices — gum resin, onycha and galbanum — and pure frankincense, all in equal amounts, and make a fragrant blend of incense, the work of a perfumer.  It is to be salted and pure and sacred.
Exodus 30:34-35

Salt was a part of the fragrant incense that was used in the worship of God.  The incense represents our prayers rising up to the Father (Revelation 5:8).  The salt is a reminder of how those prayers can enter His presence – because of the covenant we have through the shed blood of Christ.

As the smoke of our prayers rises up to the throne of Heaven, it’s all one cloud.  There’s no differentiating where the individual wisps came from.  We are all one in Christ.

Salt and fire speak of the unity of the spirit as we pray in God’s presence.  That’s why we’re told again and again to walk in unity and agreement with our brothers and sisters in the faith.

That’s what Jesus’ final statement is all about.  He is summing up everything He just taught them.

Have salt in yourselves.  Understand that you’re in covenant with God and therefore with each other.

Then He commands us to be at peace with each other.  There should be no hint of factions or discord between the Lord’s people.  As far as it depends on me, I have to keep my relationships on solid ground.

Question: How does our treatment of others affect our covenant with God?

Posted by Revzacc on April 25, 2018 in Fellowship, Prayer, Spiritual Walk, The Church

Tags: Agreement, covenant of salt, covenant with God, prayers, salt and fire, salt of the earth, unity, unity of the Spirit 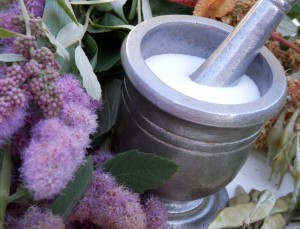 In my last post I looked at a verse from Peter’s first letter. He talked about the fact that we’re to live as aliens in the world. He goes on to speak more about it.

Peter, an apostle of Jesus Christ, to God’s elect, strangers in the world, scattered throughout Pontus, Galatia, Cappadocia, Asia and Bithynia, who have been chosen according to the foreknowledge of God the Father, through the sanctifying work of the Spirit, for obedience to Jesus Christ and sprinkling by his blood: Grace and peace be yours in abundance.
1 Peter 1:1-2

The next thing Peter says is that we are scattered all over the world. Literally, he said that we are dispersed. In the context of this letter, he was talking to a people who had moved because of persecution.

But Saul began to destroy the church. Going from house to house, he dragged off men and women and put them in prison. Those who had been scattered preached the word wherever they went.
Acts 8:3-4

The enemy brought persecution on the early church thinking that he could extinguish it before it caught on. Unfortunately for him it was like putting water on a grease fire. They scattered everywhere, but they told the Good News of Jesus Christ wherever they went.

This should apply to us in our generation. Right now we’re scattered everywhere. There are Christians in schools, hospitals, offices, sports, and entertainment. If only we would “preach the word wherever we go,” we would see the same results that they had.

Our trouble is that we want to blend in. Jesus wants us scattered, but to keep our identity in Him.

“You are the salt of the earth. But if the salt loses its saltiness, how can it be made salty again? It is no longer good for anything, except to be thrown out and trampled by men.”
Matthew 5:13

We are salt – a seasoning with a distinct taste. I know there are those who are on a low salt diet. I’ve tasted some of the salt replacement spices on the market. I’ve come to the conclusion that there’s no true replacement for salt.

Most people can’t eat anything without some salt on it. When you scatter salt on something, it changes and enhances the flavor of it.

How can salt lose its saltiness? Back in the ancient world, salt was not as pure as it is today. There was always a small amount of sand in it. If that salt got wet, the true salt would dissolve away leaving only the sand. Anyone who’s tried to have a picnic at the beach on a windy day can tell you that sand does not make your food taste better.

When we compromise with the world in order to blend in, we’re trading sand for salt. We think that we’re doing so good for God. What does the world think?

According to Christ, we’re good for nothing but to be thrown out and trampled. That’s kind of where the church finds itself today – on the fringes of society. We’re mostly ignored by the world. I guess we blended in too well.

It’s time for the church to rise up and be the church. Not just during your weekly service, but all week long. We need to show Christ to the world wherever we’ve been scattered. That’s what will change the flavor of the world around us.

Question: How have you portrayed Christ to your world lately?

Posted by Revzacc on September 16, 2015 in Ministry, Revival, The Church