Understanding – The Key to Unlocking Faith 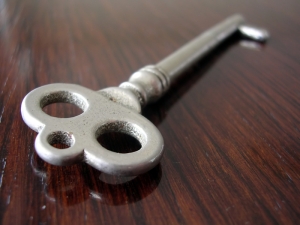 In my last post, the Pharisees angered Jesus by asking Him for a sign.  They wanted the Lord to prove Himself as if what He had been doing so far was not enough.  He decided to leave the area, so He got into a boat with His disciples.

The disciples had forgotten to bring bread, except for one loaf they had with them in the boat.  “Be careful,” Jesus warned them.  “Watch out for the yeast of the Pharisees and that of Herod.”
They discussed this with one another and said, “It is because we have no bread.”
Mark 8:14-16

The Pharisees wanted to be in control.  Herod wanted to see a miracle to be entertained.  Neither wanted to follow Christ as the Messiah.  Jesus was warning His disciples not to pick up these attitudes.

It’s clear that the disciples didn’t know what the Lord was talking about.  They discussed it.  In the course of their debate, it was decided that He was upset that they only had one loaf of bread between them.

The word used to describe their discussion is dialogue.  Even today we like having dialogues about what it means to be a Christian.  It’s time to stop dialoguing and get back to what the Bible teaches.

Usually, a dialogue will lead us to the lowest common denominator.  More often than not, it’s a compromise with the flesh.  Some of the disciples were probably hungry, so they focused on not having enough bread for their satisfaction.

Jesus clearly rebukes them for discussing His words.  Instead, He tells them three things that they needed.  The important words are: See, remember, and understand.

The word, see, means to ponder or to think about.  Had they really thought about what Jesus said, they would have realized that the Pharisees and Herod had nothing to do with how much bread was in the boat.

The next thing is remembering.  They needed to remember what Christ had already done right in front of their eyes.  One loaf of bread was more than enough to feed them all.  There’s no lack when you’re walking with Jesus.

But the key is understanding.  That word literally means to put together.  You need to see what the Lord is saying right now and put that together with what you remember that He’s already accomplished in your life.  When we do this, we’re opening the door of faith.

Anybody can say, “Yes, I’m trusting Jesus.”  I’m sure the disciples would have said the same thing sitting in the boat talking about not having enough bread.

We need to take what we know from Scripture and apply it to our lives.  Then, remember what God has already done in and through us.  Now, putting it all together, we can move forward with the assurance that Christ has already supplied all we need for life and godliness.

Question: What are some things that Christ has already completed in you?

Posted by Revzacc on March 30, 2018 in Faith, Spiritual Walk