Religion – An Easy Trap to Fall Into 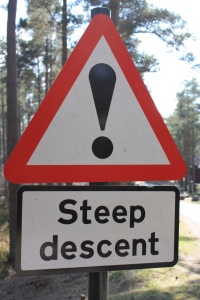 Why do you serve God the way you do?  Because people are watching you; or because you’re trying to please God?  Religion wants you to look at what people think.  It can make you do some strange things under the pretense of serving God.

I’m glad that when the Holy Spirit inspired the Bible, He didn’t whitewash the lives of the apostles.  We see them as they were – with all their faults and challenges.

In Paul’s letter to the Galatians, he recounts a confrontation between the Apostle Peter and himself.  It all had to do with religious observances and trying to please men.

When Peter came to Antioch, I opposed him to his face, because he was clearly in the wrong.  Before certain men came from James, he used to eat with the Gentiles.  But when they arrived, he began to draw back and separate himself from the Gentiles because he was afraid of those who belonged to the circumcision group.  The other Jews joined him in his hypocrisy, so that by their hypocrisy even Barnabas was led astray.
Galatians 2:11-13

According to ancient Jewish customs, it was not proper for a Jew to enter the home of a Gentile or to eat with them.  But now that we’re in Christ, these outward appearances should hold no sway over who we fellowship with.

There were those in Jerusalem, however, who felt that these customs needed to be carried over into Christianity.  These were the Judaizers that I talked about in a previous post.

At this point in his life, Peter had already understood that he was free to fellowship with Gentiles.  The Lord revealed it to him and then sent him to a Gentile home to preach the Gospel of Christ.  (Acts chapter 10)

When he first arrived at Antioch, the site of the first largely Gentile church, Peter had no problem fellowshipping with the believers in their homes.  But when those of the Judaizers arrived, he wanted to stay on their good side and stopped eating with Gentiles.

What’s important to see is that even though Peter didn’t believe that it was necessary to separate himself from Gentiles, he was sucked into a religious observance.  Religion places customs above faith.  When that happens, we alienate people.

Paul understood that it needed to be stopped before any permanent damage was done to relationships.

When I saw that they were not acting in line with the truth of the gospel, I said to Peter in front of them all, “You are a Jew, yet you live like a Gentile and not like a Jew.  How is it, then, that you force Gentiles to follow Jewish customs?”
Galatians 2:14

The truth of the Gospel is that we’re all one in Christ Jesus.  Who’s house I enter, or who I eat with doesn’t make me any more or less holy.  The outside observances only serve to impress people (or push them away).

We need to be able to take a step back and question our own motives.  Why do we do what we’re doing?

Please understand that I realize there are many different styles of worship.  Some services are highly formal and ritualistic while others seem to have no structure at all.  It doesn’t matter what style you’re comfortable with, as long as you don’t invalidate those you’re not comfortable with.

Don’t let religion control who you fellowship with.  Don’t fall into the trap of thinking you can do something to make God love you more.  In Christ, you’re already loved more than you could ever imagine.

Question: How have you seen religion alienate people?

Posted by Revzacc on August 2, 2017 in Fellowship, Legalism, Spiritual Walk, The Gospel