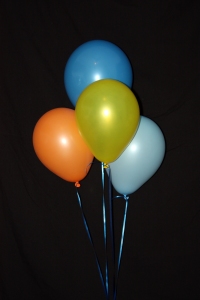 In my last post, I concluded the section of First Corinthians that dealt with romantic relationships.  Now the Apostle Paul is starting a new subject.

The Corinthian church had sent him a letter asking whether or not they could eat meat that had been sacrificed at a pagan temple.  You may think that this doesn’t apply to us, but I assure you, it does.  You’ll find out why as we go through chapter 8 of Paul’s letter.

In his society, the people of his day would look for any advantage they could get.  They would seek the blessing of an idol so they would bring an animal for sacrifice to the pagan temple.  Usually, they would bring their very best for this purpose.

The pagan priests who ran the temples would then take this meat from the sacrificed animals and sell it in the market to raise money for their support.  Because of its source, it was usually the best meat available.  So the question of whether a Christian could purchase this meat was a valid one.

How would this apply to us?  The problem of Paul’s day was that there was no Old Testament Scripture that directly talked about this issue.  So there were some believers who said it was a sin while others thought it was perfectly fine.

There are issues that we deal with in the church today that are like that.  Things that the Bible doesn’t mention, yet we have opinions about.  We ask are they sin or not.  I’m talking about things like dancing, drinking alcohol, going to a casino, getting a tattoo, or playing the lottery.

We need to hear Paul’s answer if we’re to walk correctly before God.  He starts by laying down some important principles.

Now about food sacrificed to idols: We know that we all possess knowledge.  Knowledge puffs up, but love builds up.  The man who thinks he knows something does not yet know as he ought to know.  But the man who loves God is known by God.
1 Corinthians 8:1-3

It all starts with our knowledge and love.  In all cases love trumps knowledge.  That’s because with knowledge comes pride.  We think that we’re somehow better than others because we possess more knowledge than them.

That’s not the case.  Knowledge is like air.  You can blow up a balloon, but there’s no substance to it.  In our society, people will spend years of their lives accumulating knowledge in universities.  They think that somehow they’re more valuable because of it.  In reality, the more love you possess, the better a person you become.

This is especially true when you think that you know something completely.  Paul is trying to get across to us that you can never know everything about a particular subject – especially when it deals with your walk with God.

The more you love the Lord, the more people begin to see your submission to Him.  Then, your love for others will begin to increase.  The more you love, the more valuable you are to God and His kingdom.  It has no relationship to how much knowledge you possess.

Make it your goal to live a life of love, then you’ll be able to use your knowledge for the benefit of others.

Question: How have you seen the effect of knowledge bringing pride with it?

Posted by Revzacc on April 15, 2019 in Fellowship, Legalism, Spiritual Walk