RSS
← The Needs of the Lord
What’s Your Season? →

Do You Know What You’re Asking? 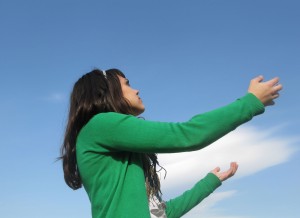 So often we go to the Lord in prayer and ask Him for things.  Many times, in our asking, we don’t really think about what it will take for God to answer us.  There are even some times when we don’t want God to answer it in His way.

The people of Jerusalem are a good example of this.  They were very excited when Jesus entered their city in triumph the week before His crucifixion.

When they brought the colt to Jesus and threw their cloaks over it, he sat on it.  Many people spread their cloaks on the road, while others spread branches they had cut in the fields.  Those who went ahead and those who followed shouted, “Hosanna!”
“Blessed is he who comes in the name of the Lord!”
“Blessed is the coming kingdom of our father David!”
“Hosanna in the highest!”
Mark 11:7-10

This is a perfect example of people coming to God in prayer with their own thoughts on how they should be answered.  How often do we come before God in this way?

It all sounds very holy and good.  Hosanna!  It’s a cry for help to God.  It literally means “Save us now!!!”

What they wanted to be saved from and God’s desire were worlds apart.

Then there’s the word blessed.  That’s a real churchy word.  It means to be worthy of praise.  In our society, we use the word Yaaaaaaaaaaaaay!!!!

The next line shows us that they were expecting God to fulfill what they wanted to be done.  “Yaaaay!  The kingdom of David is coming!”  In their minds, it meant, “Down with Rome and up with Israel.”

They were not looking for the Messiah to change them the way God wanted to.  They were expecting Him to make their lives easier.  It’s sort of the same things that we like to pray.

“Lord, give me a better life without actually changing me.”

Of course, we would never use those exact words, but it’s what we mean sometimes.  Fortunately, the Lord knows what we need better than we do.

That last phrase they were chanting is the most telling.  Hosanna – save us now – in the highest.  What would it take for God to bring this about?  What were they really asking for?  They had no idea what would be needed for this to be accomplished.

In order for this salvation to take place, Christ had to go to the cross and shed His blood.  Then it had to be offered before God the Father.

For Christ did not enter a man-made sanctuary that was only a copy of the true one; he entered heaven itself, now to appear for us in God’s presence.
Hebrews 9:24

I’m so glad that God doesn’t always give us what we ask for, but what we need.  That’s a great reason why we not only pray in our native language, but also in our heavenly language.  In that way, the deepest needs of our lives can be met.

Question: What are the greatest needs of your life that God has provided for you?

Posted by Revzacc on May 16, 2018 in Prayer, Prayer in the Spirit, Spiritual Walk

← The Needs of the Lord
What’s Your Season? →